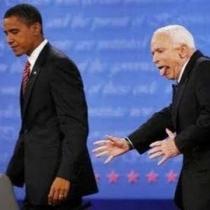 Brexit and delusion on a religious scale (essay)

This topic contains 8 replies, has 4 voices, and was last updated by