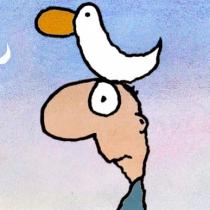 Active 2 years, 2 months ago
Greetings from sunny S Australia, where it’s currently cold and wet. I’m an often opinionated geriatric with an inquiring mind. Don’t mind being corrected when I make a mistake if it’s done with civility. Or if you disagree. I will do my best to treat others as I expect to be treated. Some of my many self labels include; Agnostic atheist, […] View