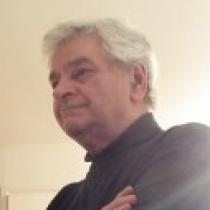 active 5 months, 1 week ago
New York, New Brunswick…. Just kidding, I like posts about philosophy. I might learn something. View