The African and The Indigenous FreeThinkers 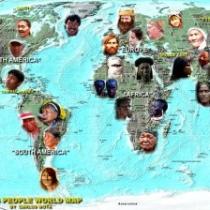 This group welcomes all freethinkers who have embraced our African origins. Skin colors are a social construct and we do not believe in colorism. We see humans based on their places of origins, our species of being Homo Sapiens, and Blackness, no other types of humans exist to us.

Religion and Slavery – some commentary….

This topic contains 2 replies, has 3 voices, and was last updated by