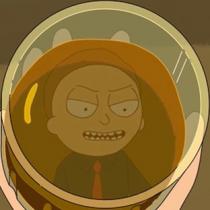 Active 4 years, 9 months ago
Today, I learned that there is “a time and a place” for murder. This does leave me with two burning questions: When, and where? View